I have immensely enjoyed getting to know Rado over the last few months. Not gonna lie, I'm a little biased because we share a love for blues, soul, and funk, which clearly influences his compositions. I appreciate his willingness to give us a peek into his process—the way he teases out a juicy chord or harmony and massages it into a song is super inspiring! 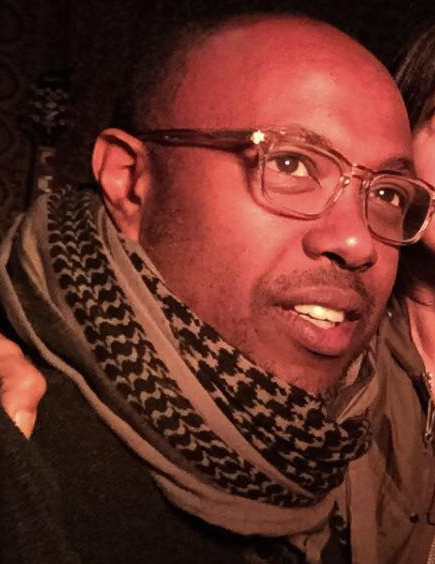 Rado is from San Francisco, CA

What do you do during the day?

I'm a full time musician/music educator. ive been playing for a living for about 20 yrs. and i have 2 small teaching businesses in SF. private music education and a preschool music business.

Do you have any guilty pleasures in music?

oh god. you're gonna laugh. metal. when i was coming up, i didnt understand that there were great guitarists in other genres (say like um... jazz LOL). but i cut my teeth on that stuff on the guitar as a kid. and i still listen to some of the classics to this day. i also hung w friends who listened to everything under the sun, so they hipped me to a lot of metal too. ok there i said it. alright ppl, this doesnt leave the internet, got it? LOL

i dont have much of a routine. i keep my phone handy for when music comes wafting through my head. and i noodle on the guitar everyday to loosely work on material. i get a lot of composing done this way. but its not very structured.

i have been way more structured since joining 100 DoS though 🙂 i really like the container the group offers, the feedback, the support, the accountability. and since joining, i got the Songwriter's Companion app (highly recommended). it has helped me get REALLY organized re my songs, and the tons of itty bitty song pieces i have floating around on my devices. the app has a place to write and keep lyrics, record and import mp3s w/in the app, and take notes. it also has an onboard dictionary and a rhyming dictionary. i'm slowly migrating all of my iphone voice memo ideas into the app.

a new habit is keeping my computer by my bed so that when i wake w music in my head, i just open this app and record ideas. has been great.

and i'm not teaching as much these days so i've been able to dedicate at least 2 or 3 hours to music daily. ive been especially doing this since joining 100 DoS. i spend this time working on lyrics, composing and recording. i love it. its the most productive, focused and on-purpose ive been w my song writing maybe ever.

the habit i hope to carry going forward is just this. spend at least an hr on music, whether its lyrics, composing, recording, promoting etc. and keep my music moving forward.

Who are your influences? How have they shaped you?

Musically, I'd have to say Stevie Wonder is my #1 influence and inspiration.

Berry Gordy wanted to sign him to Motown when he was around 10 I believe. His mom said no. Stevie went home and played his drums all day and night, overwhelmed by exhaustion, falling asleep on the drum stool, only to wake up and play again first thing in the morning for another few hours w/o ever getting up. no food. no water. for hours. straight. in protest. his mom relented, took him back to Berry Gordy's office and they worked something out where Stevie would start working for Motown when he got a little older. That story has always stuck with me.

Also his music from 1971 to 1977 in my opinion will never be duplicated or equalled. just my opinion. but i think his music during that time period is some of the best music ever written. he combined funk, soul, gospel, jazz, latin and rock into something new. he won a grammy for every album he put out from 1971 to 1977. that music is the most unique music i've ever heard. complex chord harmonies. beautiful melodies. insane groove and crippling funkiness. he's arguably the best male pop singer to ever live. he played keyboards, drums and harmonica on every one of his albums. wrote all the music and lyrics. oh and he is blind.

not sure what else to say about this man or his music.

if you're not familiar with his music from this time period, check out these tunes. great cross section of his genius:

"You Haven't Done Nothin'" (featuring the Jackson 5)
"He's Misstra Know-it-all"
"Dont You Worry About A Thing"
"As"
"Knocks Me Off My Feet"
"Heaven Is 10 Zillion Light Years Away"
"If It's Magic"
"Superwoman/Where Were You When I Needed (2 songs w/o a fade between them - feat. Jeff Beck on guitar).
"Boogie On Reggae Woman"

(im listening to his music as i write this 🙂

also Steely Dan. like Stevie, their music in the 70s was sublime. and like Stevie it was "pop", top 40. compare that to whats on the radio now... anyway, these 2 are some of my favorite artists for this reason. they pumped out art that was consumable by the masses. its a really hard thing to do. they did it better than just about anyone.

what i like about them is also their sense of chord harmony, melody, sick groove, and musicianship. they also fused funk, soul, blues, and jazz into a delectable piece of fine art w broad appeal.

also Pat Metheny. aside from being arguably the best jazz guitarist alive, he is also one the best jazz composers of the modern age (post bebop) IMO. his taste and sense of color when it comes to composition is amazing. he lived in Brazil for a few years so his songwriting is influenced by some the beautiful harmonies, styles and rhythms of that music-rich nation.

check out The Road To You album for some his work.

personally, i suppose i look up to many ppl. but mainly ppl who have stood up for truth and equality in the face of violent opposition are the ones i find truly inspiring. its easy to go w the masses. its something else to stand up for something despite the threats to yours or your family's safety. ppl around the world are killed unfortunately for standing up and speaking to truth to power. these are my heroes and truly inspire. they make me think about my role as a human being in this world.

this Albert Einstein quote sums it up nicely:

"Great spirits have always encountered violent opposition from mediocre minds. The mediocre mind is incapable of understanding the (person) who refuses to bow blindly to conventional prejudices and chooses instead to express his opinions courageously and honestly."

the list of these ppl who inspire in this way is endless. and im learning about new heroes everyday.

What challenge are you facing with songwriting?

lyrics. my bane. its funny cuz i write short stories. but i havent really gotten lyric writing down. some of the info on the 100 DoS site has helped immensely though. also i realized that having a cool title really helps. im still really learning how to work and use this muscle to its full potential. but its still a WIP. lots of work left to do in this dept 🙂

Tell us an early memory about a song that woke something up inside you.

There was A LOT of music in my house. Funk, soul, rock, pop, Edith Piaf, East African music. All day everyday when I was a kid. And in my city too, when I was growing up (ppl blasting music on boom boxes, from their cars, etc). But my earliest memory of music was of listening to the Beatles "Got to Get You Into My Life". my parents had it on on the stereo and i was in diapers waddling along getting into things. and i literally stopped my little ADD nuttiness and sat in front of the speaker. It was the verse and pre chorus that got me. (the music not the lyrics. i dont think i was speaking much English at this point). This part of the song:

"I was alone, I took a ride
I didn't know what I would find there
Another road where maybe
I could see another sign there

Oo, then I suddenly see you
Oo, and did I tell you I need you
Ev'ry single day of my life"

Harmonically, that is some of the prettiest stuff I've ever heard. The vocal melody, the chord changes and the groove shot through my little nervous system like a bolt of lightening and took it over. I'll never forget it. I was transfixed. Definitely one of the reasons I am a musician today. from that day on i looked forward to the strange thing called music that would played in my house all day. luckily for me, mom had really good taste.

i forget when this is from. probably somewhere between day 10 and 15. I wrote most of what i have here during this, my first, 100 DoS.

|| CMaj7 | Gm7 C7 | AbMaj7 | Db7 || i wrote years ago as an exercise to practice improvising on my guitar (yes im sadistic). then sometime last week, i woke up w a vocal melody for this and decided to flesh out the rest. so minus these 4 chords, i've written the rest of this during 100 DoS. im proud of that. ive been in a pretty serious rut w my original music and songwriting until this year. and when your in a slump it feels like you'll never write anything decent again

its a testimony to the effectiveness of this format we have here. have i mentioned how fortunate i feel to have found you guys? LOL

(also, after listening to my original demo of this that i recorded on my phone, i realized that here im singing a totally diff melody on the choruses than i had on my orig phone voice memo ooops LOL oh well. the correct version will be up on 100 DoS at some point.)